How do I use Compare Scripts?

Compare Scripts generates a breakdown of changes between script drafts.

When performing a Note Transfer, it's often helpful to know exactly what's changed between the two drafts.With Compare Scripts, Scriptation automatically compares two drafts, and generates a scene-by-scene breakdown of all of the text that's been added, changed, or deleted.

NOTE: Compare Scripts is an Industry Pro feature.Start by opening your new draft in Scriptation.While in the tab for the new draft, tap the Transfer button on the Top Menu.

Select the previous draft for which you want to generate a Compare Scripts report, and transfer any notes from. For this example, we'll select "Revisions - Table Draft." 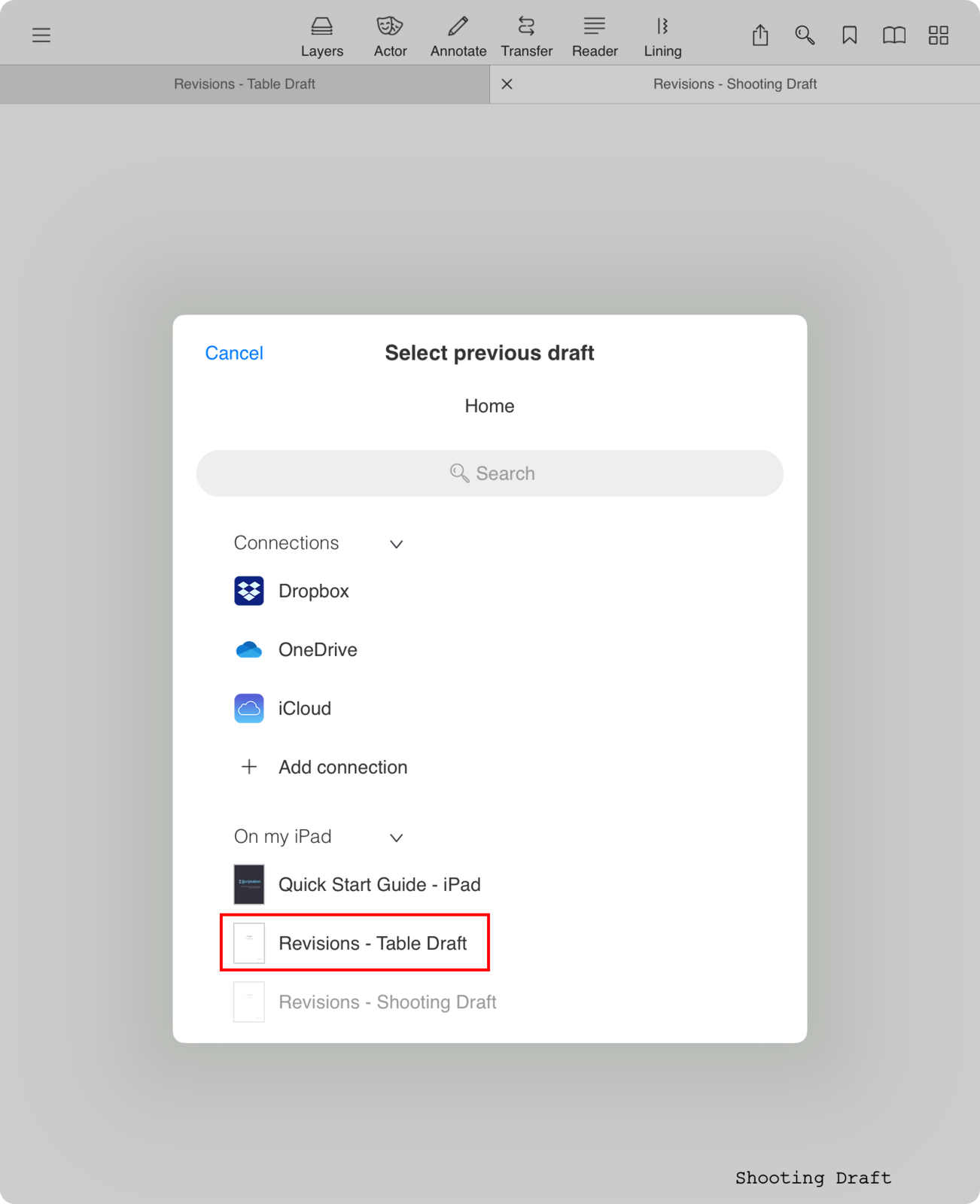 The Transfer Annotations window now appears, showing the cover pages of both the previous and new drafts, with an arrow pointing in the direction the report will generate, and any notes will be transferred. Toggle on Compare Scripts. 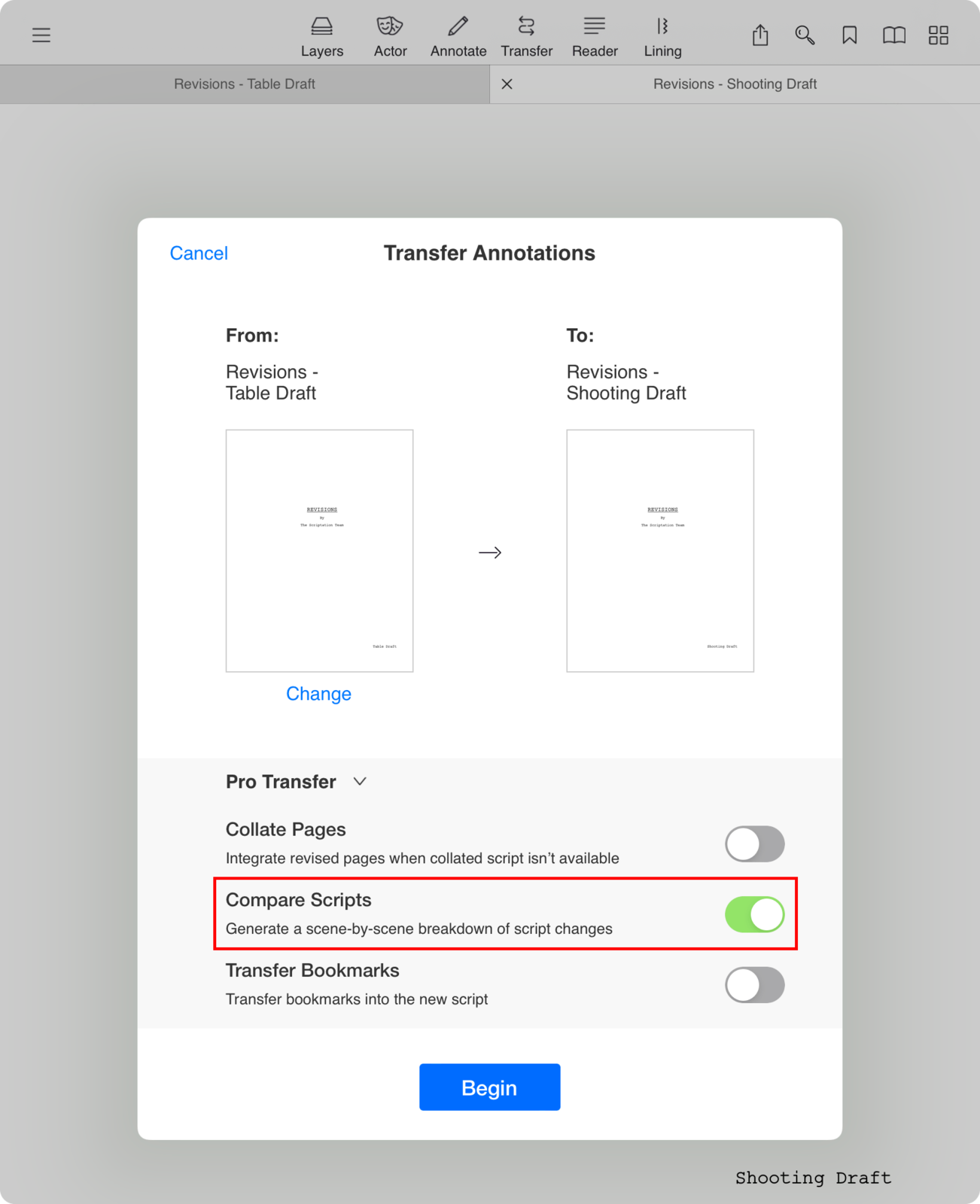 With your selections made, tap the blue box. (It will either say Next or Begin.)NOTE: Users that are performing a Compare Scripts on a previous draft with zero annotations will receive a "No Annotations Detected" alert. Tap Transfer Anyway to continue making your report.NOTE: Users that have multiple layers of annotations will be taken to the Layer Selection window. Tap the checkboxes of the specific layer(s) you'd like to Transfer.The transfer will take a couple of seconds, and you will then see an overview of any changes between drafts. Tap OK.Now the Compare Scripts report will generate.

You'll be prompted to give the Compare Scripts report a name. Tap Save. 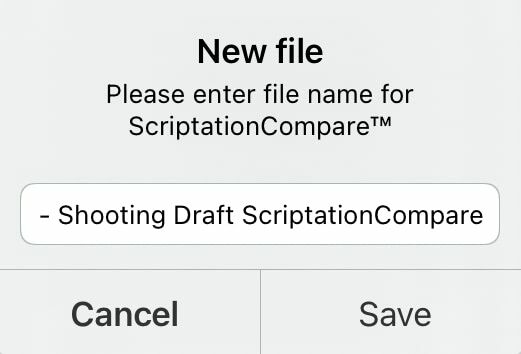 Then, select a location to save the Compare Scripts report, and tap Select. 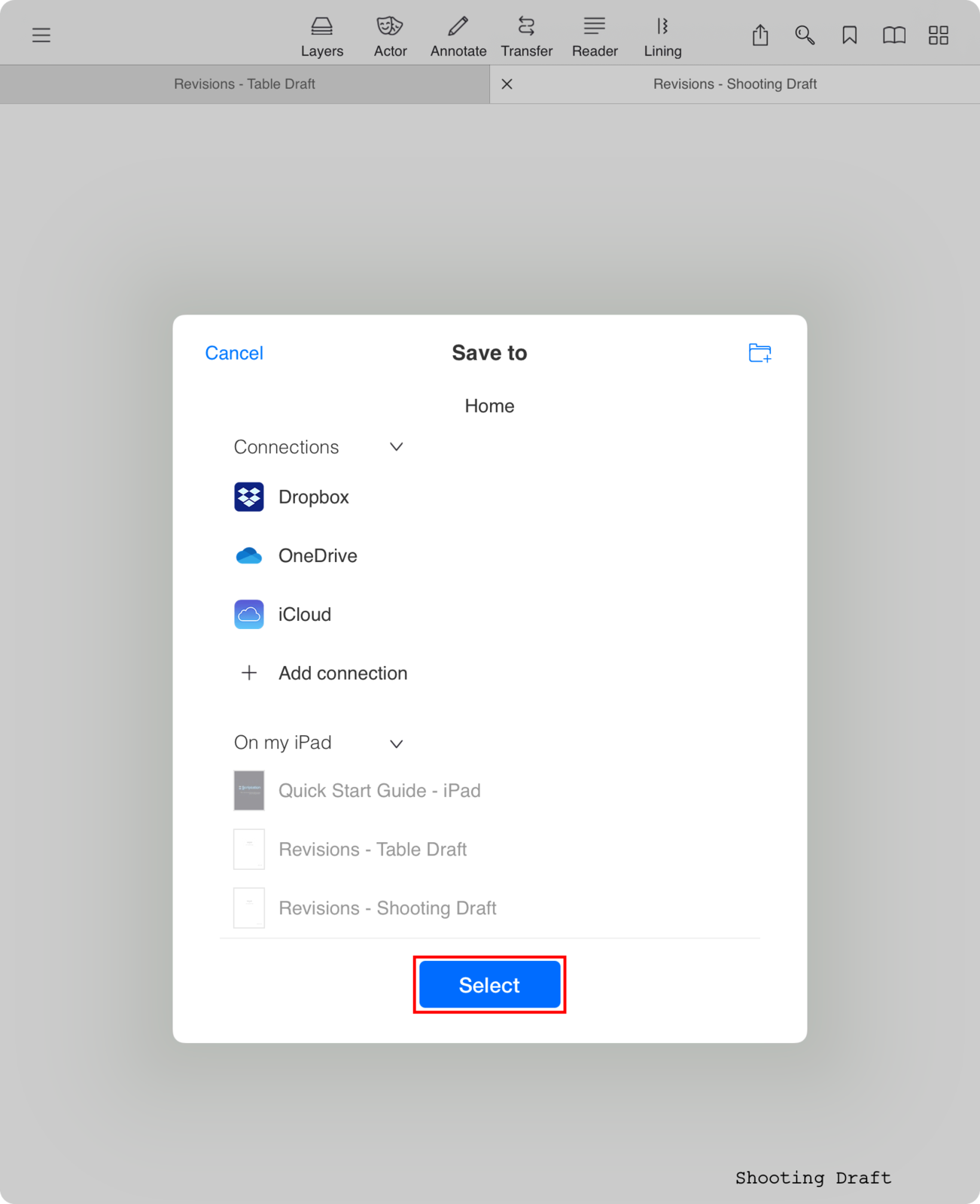 NOTE for MAC Users: On Scriptation for Mac, the process to generate the Compare Scripts report is exactly the same. However, once the report is generated, you'll have to select a place to save the file in Finder, just like you'd save any other document on a Mac.Once you open the Compare Scripts report, you'll see that each scene will have a breakdown of all the new insertions, deletions, and changes! 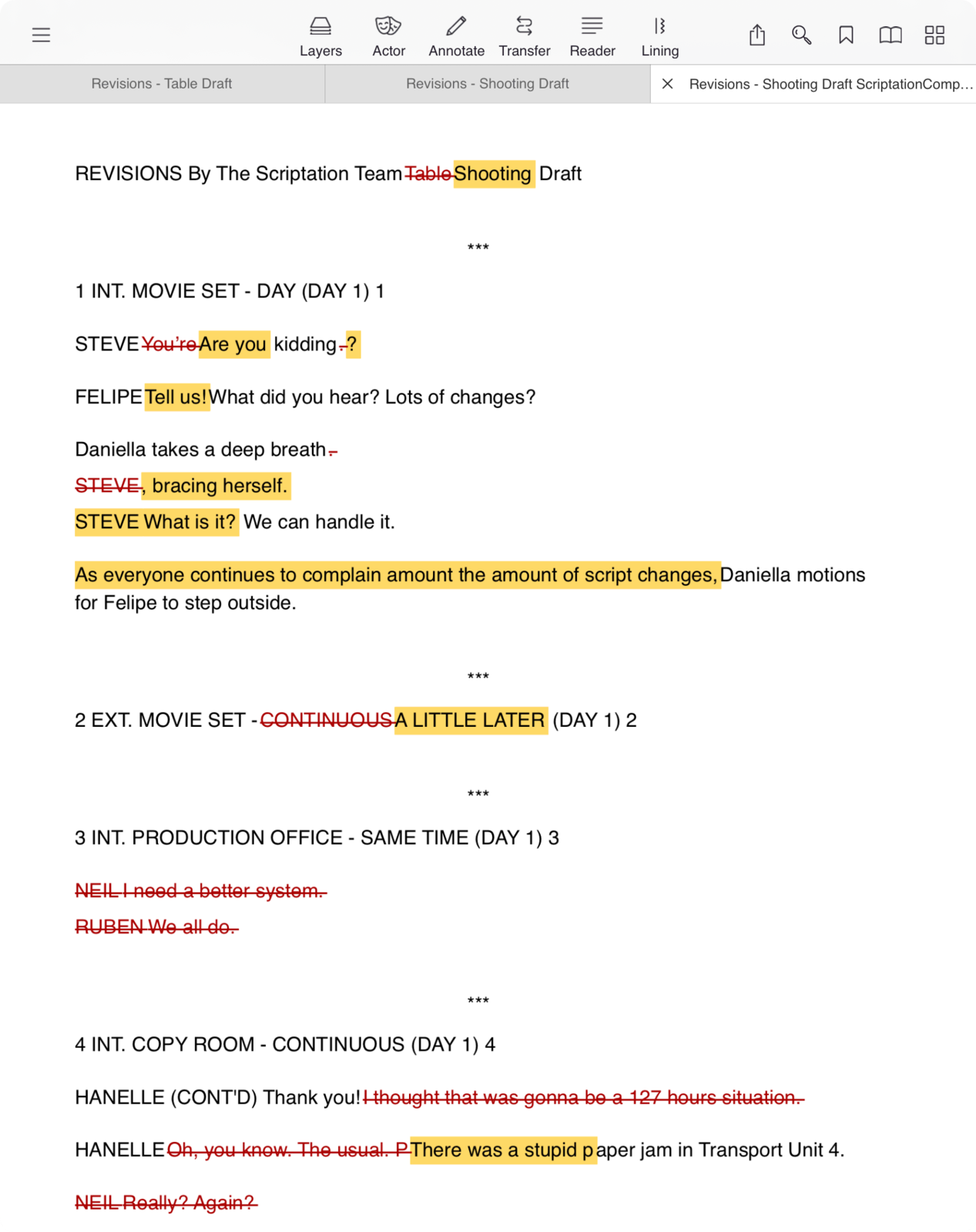 What is this transparent note that's now on my script?Will new revision pages automatically be reflected in page color?Adding pre-made PDF Facing Pages, like a Floor Plan)