How do I transfer notes to a new set of pages? Collate

You just received a packet of revised pages. Now what?

Transferring Notes from Full Draft to Full Draft is always the best approach. If it's possible to obtain a Fully Collated Revised Draft, follow the note transfer instructions.NOTE: Collate Pages is an Industry Pro feature.Let's lay out a common scenario. You have a script which is marked up with all of your notes. Let's call it the Shooting Draft. And ding - that was your email alert - you just received a New Page Packet of Blue (or Pink, or Yellow, or Green) pages. You now need to collate those pages into your script and transfer your notes.Start by Importing or Opening the New Page Packet in Scriptation.While in the tab for the New Page Packet, tap the Transfer button on the Top Menu.

Select the document you want to transfer your notes from. In this case, its our "Shooting Draft." 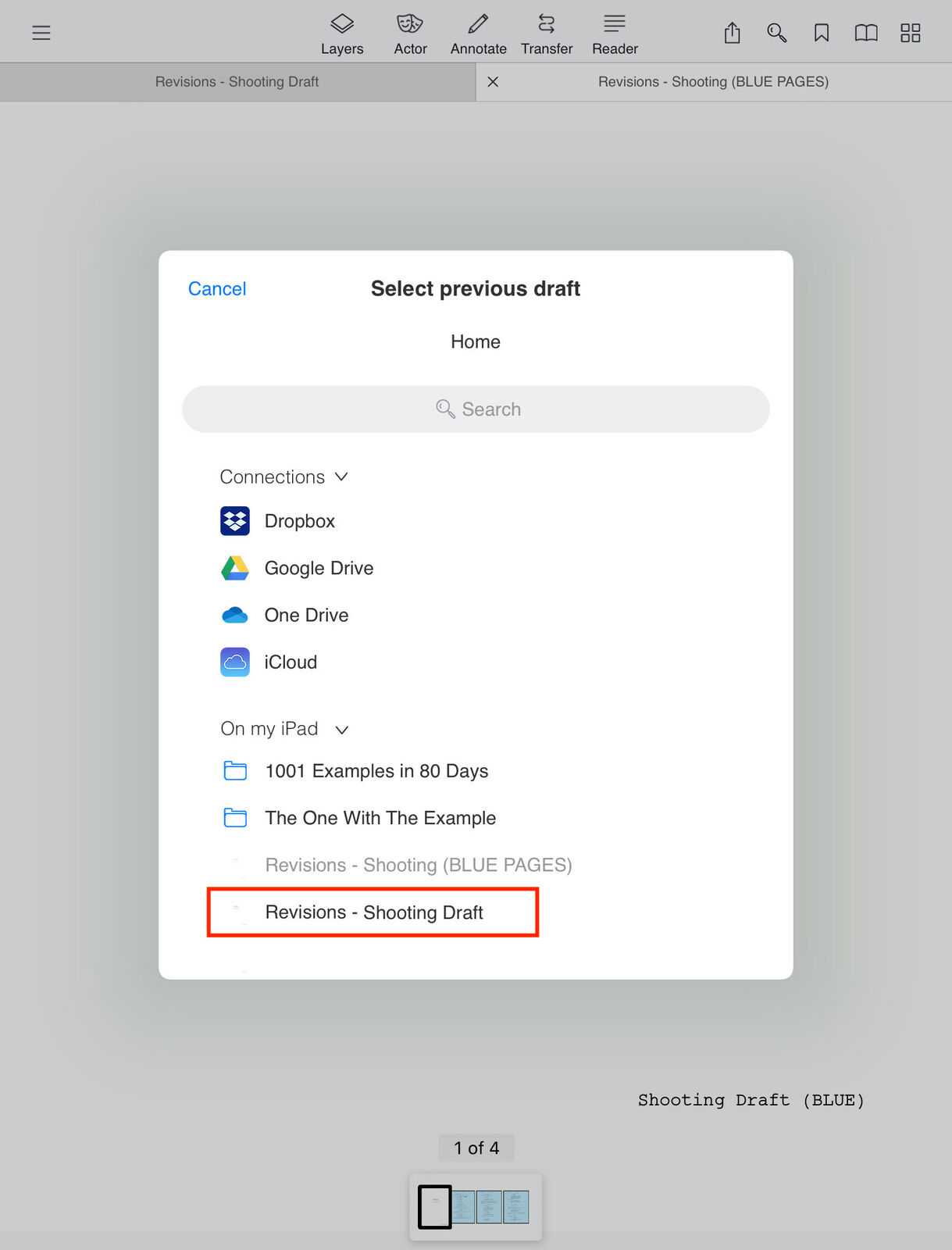 The Transfer Annotations window now appears, showing the cover pages of both the previous draft and new page packet, with an arrow pointing in the direction notes will be transferred. Under the Pro Transfer dropdown, turn on the toggle for Collate Pages.

There are two additional Pro Transfer options to choose from, which can also be turned on with the toggle switches.Compare Scripts: Compares both drafts, generating a scene-by-scene breakdown of script changes.Transfer Bookmarks: Enables Bookmarks to be transferred into the new draft.With your transfer selections made, tap the blue box. (It will either say Next or Begin.) For users with a single layer of annotations, you now be prompted to save your file. Continue below at #7.Users that have multiple layers of annotations will be taken to the Layer Selection window, where you can tap the checkboxes of the layer(s) you'd like to Transfer. When you're ready, tap Begin. 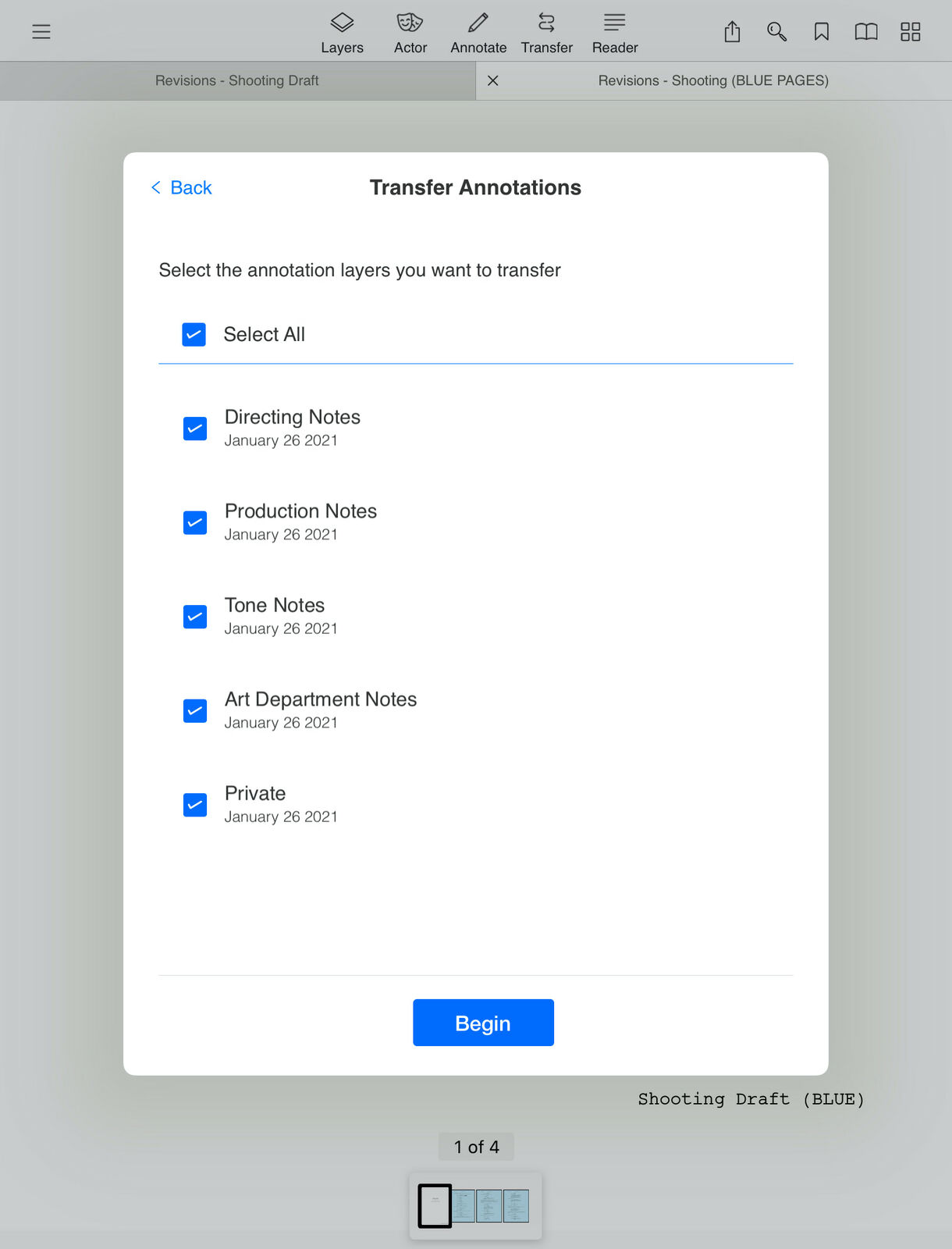 You'll now be prompted to give this new file a name. Tap Save. 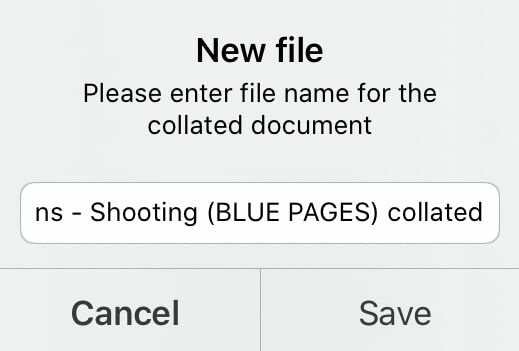 Then, select a location to save the new collated file, and tap Select. The transfer will then begin! 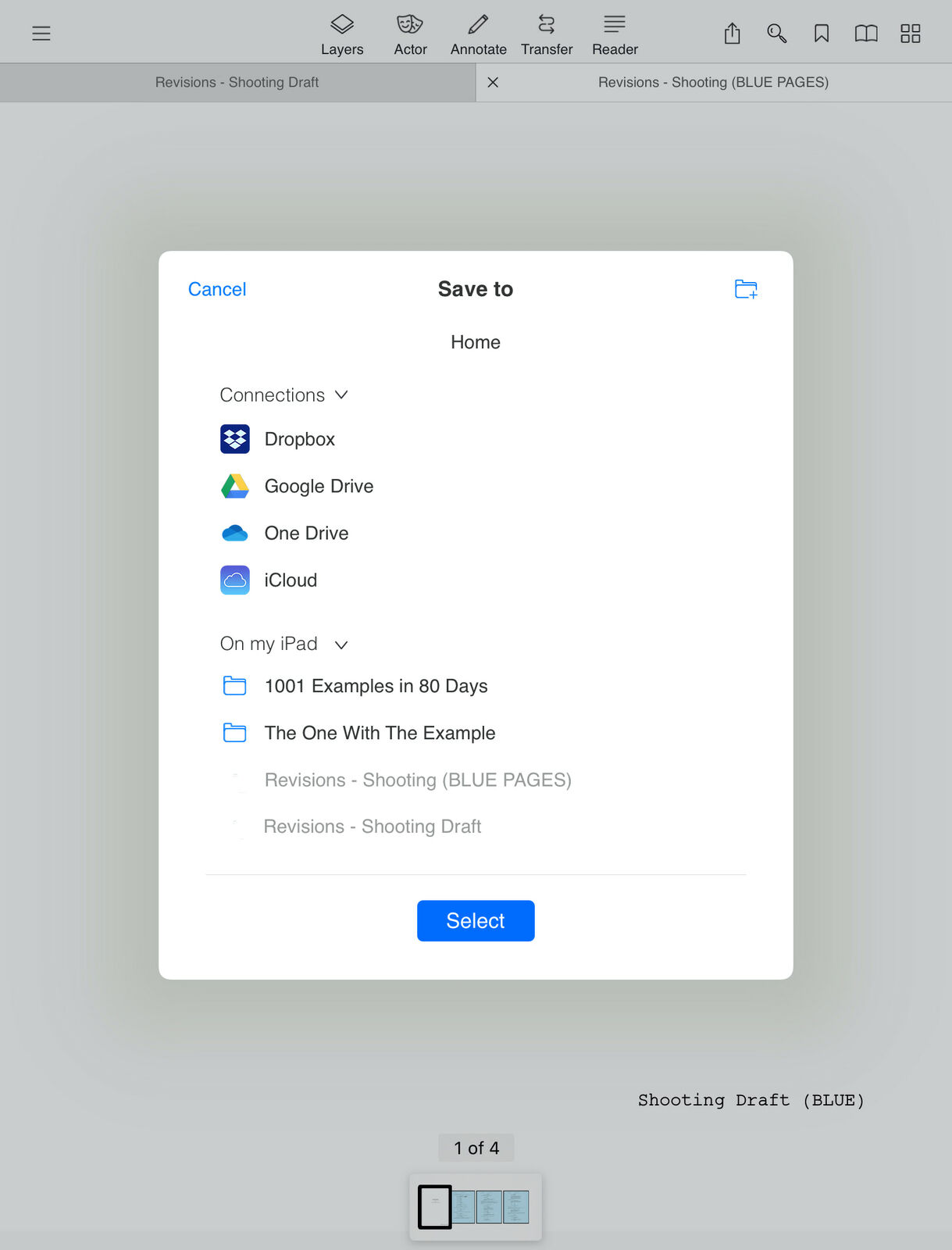 The transfer will take a couple of seconds, and you will then see an overview of any changes between drafts. 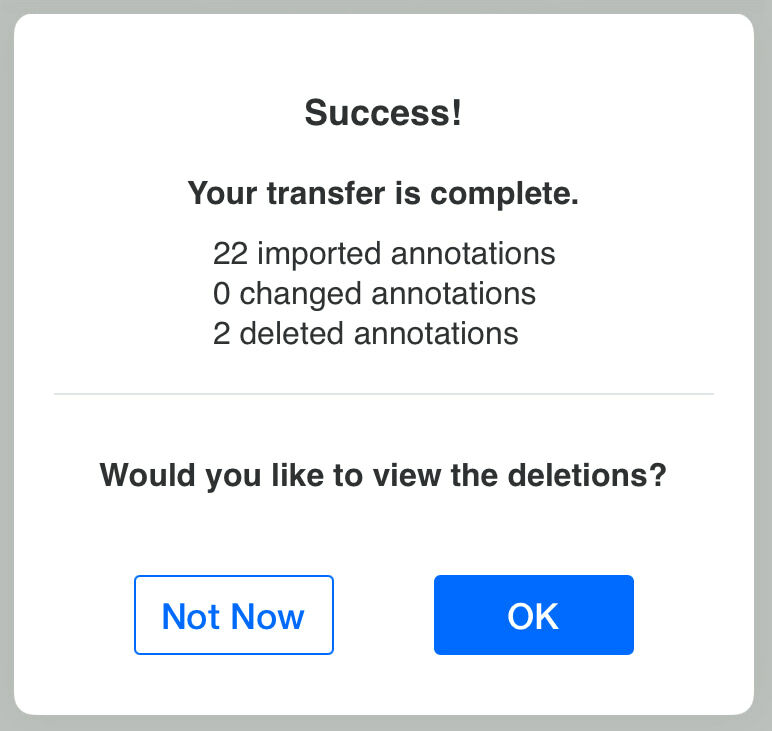 After reviewing the transfer overview, you can press OK to see a detailed summary of any Deleted Annotations caused by the rewrites.NOTE: Actor Highlights are purposely designed to not transfer. Those should be toggled on in the new draft.And boom. You're done! Your notes have been transferred into the new draft, which integrated the new page packet into your own master script.TIP: Seeing some little yellow sticky notes on your script? Those are Changed Annotation alerts, letting you know that script text that had annotations in the old draft, has been adjusted in the new draft.

My note transfer didn't work. Help!I got a pop-up during Note Transfer. Do I tap Preserve or Delete?Learn how Compare Scripts can give you a quick rundown on all that's changed between drafts